MADRID — He was vaccinated in April, tested negative for the coronavirus and believed he was exempt from travel restrictions.

But on a stopover in Amsterdam in late May, Peter Fuchs, 87, was told he could not board his New York-bound flight to attend his great-granddaughter’s christening. The reason: As a European citizen, he was not allowed to enter the United States.

“I felt helpless and broken down,” Mr. Fuchs said in an email from his nursing home apartment in Hanover, Germany.

In June, as the United States made headway in its vaccination campaign, European Union leaders recommended that member countries reopen their borders to Americans, a significant gesture meant to signal what they hoped would be the beginning of the pandemic’s end. They expected to be repaid in kind.

That the United States remains largely closed has dismayed Europeans and frustrated their leaders, who are demanding that Europe’s decision to open its borders be reciprocated.

“We insist comparable rules be applied to arrivals in both directions,” Ursula von der Leyen, the president of the European Commission, the bloc’s executive arm, said last week at a news conference. Officials with the bloc have even suggested reimposing travel restrictions against American travelers, though a quick change is not expected since many countries are reluctant to risk further ruin to summer tourism.

For some European families, the continued ban has compounded one of the deepest sorrows of the pandemic — separation itself — as loved ones become ill across closed borders and family elders grow fearful they may never see their loved ones again.

Unmarried partners with different passports have struggled to keep relationships afloat, giving rise to the popular Twitter hashtag #loveisnottourism. Europeans offered jobs in the United States still do not know whether they should accept them.

“Now that we have vaccines, at least let the vaccinated people come,” said Michele Kastelein, a dual French-American citizen living in Portola Valley, Calif. Her French brother Maurice had to abandon plans to attend her son’s wedding this month, despite hopes that the ban would be lifted by now for Europeans like him who are vaccinated.

The European travel ban dates to the start of the pandemic. President Donald J. Trump removed the restrictions in the final days of his term, but President Biden reinstated them shortly after taking office.

The White House, however, has offered little explanation on why the restrictions remain — even though some countries with higher infection and lower vaccination rates face no similar ban. At a news conference last week, Jen Psaki, the White House spokeswoman, cited the advice of medical experts and continued concerns about the Delta variant.

Under the current rules, virtually all residents of Europe’s Schengen Area — the passport-free zone that includes 26 countries plus other entities — as well as those living in Britain and Ireland are still barred from traveling to the United States.

Five other countries under the ban include ones with high infection rates, like Iran, South Africa, Brazil and India, but also China, where rates of spread have been far lower than those in the United States for months.

The travel ban exempts some people, among them American citizens, permanent U.S. residents and some family members of U.S. citizens, provided the American is under 21.

People from the prohibited countries can still enter the United States if they spend the 14 days before their arrival in a country that is not on the Centers for Disease Control and Prevention’s list.

This last proviso led Shelley Murray, an American strength and conditioning coach, and her partner, Viktor Pesta, a mixed martial arts athlete from the Czech Republic, into an odyssey that spanned not just their native countries, but also Turkey and the Dominican Republic.

The two had moved into a home in Fort Lauderdale, Fla., shortly before the pandemic when Mr. Pesta was called to a coaching assignment in the Czech Republic. The European Union and the United States banned travel in both directions soon after, and the two were separated for six months, Ms. Murray said.

She was the first to leave her country, last August, after the Czech Republic created a so-called sweetheart exception that allowed Americans to visit unwed partners. But when Mr. Pesta wanted to return to the United States last October, he had to spend two weeks in Turkey — a country not on the C.D.C.’s prohibited list — so he would be allowed to enter.

This spring, shortly after Mr. Pesta was vaccinated in the United States, he traveled back to the Czech Republic for a mixed martial arts fight. When he wished to return to Florida this summer, the couple went to the Dominican Republic to allow for Mr. Pesta’s re-entry, a visit that stretched on for seven weeks because of visa delays.

Ms. Murray said her chief frustration was that American rules led the couple to stay in countries where infection rates were higher than in much of Europe, supposedly as a precaution against infected travelers.

“It was kind of nonsensical to us,” she said.

In another part of Fort Lauderdale sits the empty two-bedroom apartment of Elisabeth Haselbach, a Swiss citizen who bought it four years ago as an investment and vacation property.

Understand the State of Vaccine and Mask Mandates in the U.S.

But Ms. Haselbach has not been able to see her home since before the pandemic. She continues to pay taxes and condominium fees, but is worried because she has been unable to reinforce her home for the hurricane season, which lasts from June through November.

She said the predicament left her stunned: She found Mr. Trump’s behavior on the international stage unreasonable, but she did not expect to think the same of Mr. Biden on the closed borders.

Frustration with the ban led Marius Van Der Veeken, a retired finance professional in the Netherlands, to write to Mr. Biden, saying he wanted to see his family in Michigan.

Mr. Van Der Veeken, 64, and his wife, Anne-Mieke, 61, had just gotten to know their grandchildren, now 3 and 4, before the pandemic prevented travel. Having received the AstraZeneca vaccine in March, they had believed they would soon have a chance to see the children, along with their daughter and son-in-law. Instead, they continue to meet each Sunday by video call.

Their grandchildren recognize them — calling them Opa and Oma, grandpa and grandma in Dutch — but Mr. Van Der Veeken worries that long-distance calls are not enough and that he is losing precious years.

“It’s important now to be building a relationship with them,” he said. “My big argument is that the travel restrictions should make a difference between family connections and tourists.”

Mr. Fuchs, the retiree from Germany, had similar feelings when he was blocked from his flight in May to attend the christening of his great-granddaughter, his first.

His daughter Natascha Sabert, an American citizen, said she had been told mistakenly by U.S. consular officials that he was eligible to enter the country as her father. But when he reached the airport in Amsterdam, he was told that he did not qualify because his daughter was over 21.

Ms. Sabert worried that her father, who is hard of hearing, would not be able to make it back to Germany that night from Amsterdam. Airport officials told her there were no more flights to Hanover that day, she said.

“I said, ‘You can’t push him in a wheelchair somewhere in the airport in the corner and just leave him there,’” she recalled.

Eventually, Mr. Fuchs was put on a flight to Hamburg, where a relative helped him onto a train to Hanover.

The experience has left Ms. Sabert fearful of asking her father to try to make the trip again. But she also feels time is running out and wants the chance for the family to reunite.

“It’s about these last moments before we say goodbye,” she said.

Thu Aug 12 , 2021
Sustainability has come to be 1 of the hottest subject areas in the vacation field in the earlier couple of yrs – and specially because the start of the pandemic, as the halt of travel put a highlight on what “could be” and established an opportunity to spur transformational alter […] 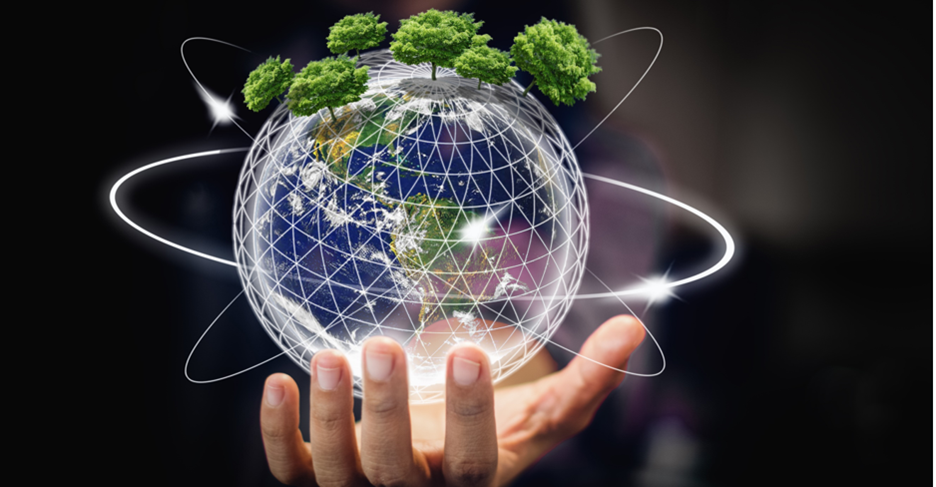