A further 17 countries should be eligible to join the green list in the next update to the government’s traffic light list for international travel, according to an expert.

Austria, Germany, Poland and Canada are among the destinations that should be bumped up from amber to green, according to research by travel consultancy the PC Agency.

Bhutan, French Polynesia, North Macedonia, Norway and Saudi Arabia have been identified as candidates for the green watchlist.

The next review is due to take place this week, either on Wednesday or Thursday.

Meanwhile, a minister has defended the government’s pandemic travel rules amid suggestions a new amber watchlist could be created for countries – possibly including Italy and Spain – which would signal they were close to going red.

Matt Warman, minister for digital infrastructure, denied claims the guidelines were complicated – and defended the idea of moving away from “three cut-and-dried categories” for travel.

“Saying to people if a country is on a watch list there is a risk that it could, for instance, move from green to amber or amber to red seems to me to be providing people with really important information when they’re making significant financial decisions,” he said.

Bulgaria may be moved onto the UK government’s green watchlist, warns a top data analyst.

Tim White, an independent data and Covid expert, believes that Bulgaria could soon be moved onto the green watchlist, which signals destinations are at risk of having their green status removed.

The move is anticipated in response to a combination of rising Covid-19 infections and a low vaccination rate in the eastern European nation, said White.

Flights to Poznan in Poland and the Slovakian city Košice are operating twice a week and three times a week in August respectively, and then twice a week from September.

Services to the Mediterranean port of Alicante are operating twice a week in August and September and three times a week in October, and those to Burgas on Bulgaria’s Black Sea coast are running once a week.

Chris Harcombe, Managing Director, Doncaster Sheffield Airport, said: “It’s great news that Wizz Air has resumed flights to these popular European destinations. The removal of quarantine restrictions for double-vaccinated inbound passengers is a step in the right direction, but there is still a way to go. There is plenty of pent up demand for travel and we look forward to further restrictions lifting for UK outbound passengers.

“Our airport is an economic catalyst for the region, driving jobs and growth and it is vitally important that we can get back to business as quickly as possible, providing affordable travel for customers across Yorkshire, Lincolnshire, North Nottinghamshire and beyond.”

No traces of Covid-19 were found at railway stations or on inter-city train routes after two rounds of testing, said Network Rail.

Areas frequently touched by passengers, such as escalator handrails, ticket machines and benches, were swabbed at four major stations, in two periods of testing that took place in January and June of this year. Hour-long air samples were also taken on station concourses as part of the testing regime.

Results of the tests were analysed at Imperial College London. Scientists found no contamination of any surface tested, or airborne particles, in any stations or on any trains.

17 countries should be eligible for travel green list, according to research

An extra 17 countries should be added to the travel green list at the government’s next traffic light review later this week, according to new research.

Data analysed by travel consultancy the PC Agency suggests 12 countries have low enough infection rates and high enough vaccination rates to go straight to green, while five are eligible for the green watchlist.

With Covid rates below 30 cases per 100,000 residents and close to half of the adult population vaccinated, Austria, Bosnia, Canada, the Czech Republic, Germany, Hungary, Latvia, Lithuania, Poland, Romania, Slovakia and Slovenia should be fully green, the agency told The Telegraph.

Meanwhile, it has said Bhutan, French Polynesia, North Macedonia, Norway and Saudi Arabia should be strong candidates for the green watchlist, which identifies countries that are green but at risk of turning amber.

The UK travel industry is set to fall behind global peers due to ongoing restrictions as only 17 per cent of UK consumers believe it’s currently fine to travel, according to new research.

In addition, over 80 per cent of UK respondents are waiting for restrictions to be lifted and active cases to decline, indicating a potential surge in bookings.

The findings comes from the Oliver Wyman global traveller sentiment survey, which has tracked attitudes towards domestic and international travel across nine countries since October last year.

Despite having the highest vaccination rate among the counties surveyed, the UK is currently below the global average of 32 per cent of respondents willing to travel in the immediate term.

Get all the latest travel news straight to your inbox

With the ever-changing travel rules constantly in flux, it can be hard to keep up.

But fear not – The Independent’s esteemed travel correspondent, Simon Calder, is on hand to keep you updated with all the latest news and views.

Click here to get his weekly newsletter, sent straight to your inbox every Friday.

Research by hotel booking platform, Hoo, has found that holiday accommodation availability across the most popular staycation hotspots has fallen even further ahead of another summer of staycations.

Hoo analysed holiday accommodation availability for a family of four across 12 popular staycation destinations throughout August and how this availability compared to the previous analysis carried out in June.

The research shows that on average, 93 per cent of accommodation across these popular UK holiday hotspots has already been booked, up from 90 per cent just a month ago.

The biggest increase has been in Great Yarmouth, where in June 78 per cent of accommodation had already been booked up. However, hoo’s latest analysis shows that this has jumped to an incredible 98 per cent, meaning there are very slim pickings left for those with plans to holiday in Yarmouth this summer.

The Lake District has also seen a notable increase, with the level of fully booked accommodation increasing from 88 per cent in June to 96 per cent in July.

But Mark Smith, founder of the Seat61.com website, warns a “ruthless root and branch overhaul” of the fare structure and pricing is essential for the railways to recover from the coronavirus pandemic.

Amber watchlist would be a ‘disaster’ for travel, warn industry experts

Travel industry experts warned the government that introducing a new travel traffic light category would be a “disaster”, after rumours of an “amber watchlist” circulated over the weekend.

Paul Charles, chief executive of travel consultancy The PC Agency, tweeted: “There’s no need for an amber watchlist, which would complicate the traffic light system even more.

“Just create a simple go and no-go list, as Americans have, enabling the fully-jabbed to travel at will. It’s not rocket science.”

Speaking on Good Morning Britain, Mr Charles added: “At the moment the system in the UK is choking off recovery, and it’s not helping the sector because there’s no confidence to book because people are worried about places changing at short notice anyway.”

Ryanair has launched extra August bank holiday flights from Stansted, Manchester and East Midlands, with 13 extra return flights to destinations across 10 routes including Croatia, Greece, Italy and Spain. These additional flights will be on sale for travel on the 26 and 30 of August.

Ryanair’s additional UK flights will include:

Ryanair’s Director of Marketing, Dara Brady, said: “As vaccination rollout programmes continue and restrictions are being lifted, air traffic is expected to peak this August and we are delighted to announce additional routes for our UK customers to enjoy on their bank holiday weekend from 26 to 30 of August.

“We are putting on 13 additional flights for some of our most popular routes in response to pent up demand from British travellers eager to get some sun.” 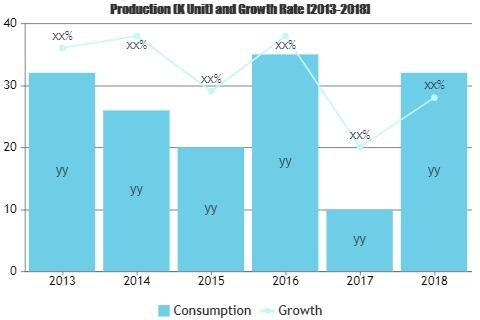